(a.k.a. Department of Physics) 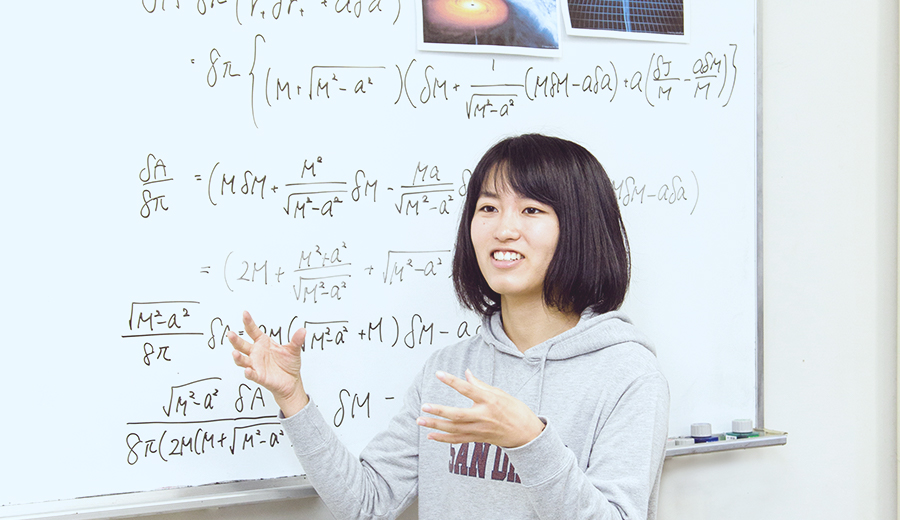 A Key That Opens the Door to the Future

Having begun in earnest with Galileo's study of natural laws, the field of physics has since been pushed forward by such outstanding minds as Newton, Faraday, and Einstein. Today, the principles of physics govern everything that occurs in nature, from the actions of elementary particles and matter to questions concerning life and the universe. Physics continues to grow in relevance, as it provides the basis for the latest technologies, such as those used in mobile phones and computers.

While systematically studying the basics of physics, students will also learn how to see the world through the eyes of a physicist. This approach will help students to grasp the principles underlying all phenomena and find solutions for practical problems. The Physics program at KINDAI is ideal for those who have a passion for—and an intellectual curiosity about—exploring natural phenomena, as well as for those who strive to acquire a logical and mathematical way of thinking. It will also benefit those who wish to improve their ability to read and understand scientific documents, express their ideas cogently, and communicate with a global scientific community.

From Basic Theory to Application—A Comprehensive Study of Modern Physics

In addition to studying mechanics, electromagnetics, and statistical mechanics—which together serve as the basis for much modern technology—students will learn fundamental theories of modern physics such as quantum mechanics and relativity. As well as exploring the smallest elementary particles and the vastness of the universe, this wide-ranging program also features practical study on the application of physics to other specialized fields, such as chemistry, biology, and engineering.

Click here for more information on the Physics at KINDAI.