By Generating New Knowledge, the KINDAI UNIVERSITY Graduate School of Science and Engineering Research Is Making Its Mark on Society

I use a non-contact measuring device called a 3D digitizer to measure the form and dimensions of metal molds and plastic injection-molded items. I then take these measurements and compare them with CAD data as part of my research into methods of verifying the processing accuracy of molds and molded items. By using state-of-the-art equipment, we can make extremely precise measurements of metal molds and molded items and significantly reduce the time needed for measurements. All this leads to shorter product delivery times. 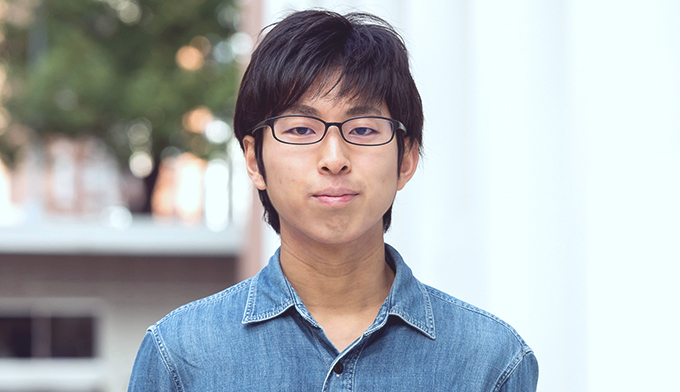 My focus is on integrating general relativity and quantum theory.

General relativity is a theory describing the phenomenon of gravitation as it affects the movement of astronomical bodies and the like. Quantum theory, meanwhile, is a theory describing phenomena at the nano level, such as interatomic forces. While gravity is present at the atomic level, it is typically much weaker than the other forces at work and can thus be ignored. But in the case where all matter is condensed into a single point—as at the beginning of the universe (the Big Bang)—we cannot ignore the effect of gravity. We must then consider both general relativity and quantum theory at the same time. Quantum gravity is a theory that seeks to unify these two theories. To this day, numerous obstacles have thwarted attempts to integrate the two theories. My research looks into solving the problem of integrating them by modifying the theory of general relativity.
Note: K.M.'s research results were published in Physics Letters B (2013, Vol. 725, Issue 4–5, pp. 495–499).