Prof. Munakata was awarded Fellow status from the Chemical Society of Japan

At the 95th Annual Spring Meeting of the Chemical Society of Japan (CSJ) on March 26-29 at the Nihon University Funabashi Campus, Professor Megumu Munakata (a former professor at the Chemistry Course of Department of Science, a former vice president, a former dean of Faculty of Science and Engineering, the director of the Liaison Center) was awarded the title of "the Fellow of the Chemical Society of Japan" (CSJ FELLOW). The award ceremony was held on March 28. CSJ annually bestows this title on its members who have made significant contributions to academic studies, education, or industrial development, have promoted the field of chemistry and chemical technology-related fields, or have contributed to the development of CSJ. Professor Munakata previously received the Chemical Society of Japan academic award and the Coordination Chemistry Society award, reflecting his great contributions in chemistry, especially coordination chemistry. His contributions to society also include serving as a vice president and the director of the Liaison Center of Kindai University. His CSJ fellow award reflects all of these reasons. 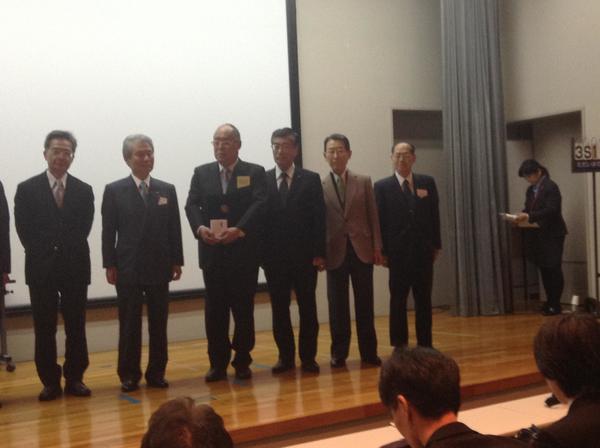