During the FY2020 Symposium on Nuclear Data of the Nuclear Data Division, Atomic Energy Society of Japan, held November 26-27, 2020 at RIKEN in Wako, Saitama Prefecture, two graduate students majoring in Electronic Engineering received Poster Presentation Awards. They were Shota Amano and Mizuki Okubayashi.
Four posters were chosen from 21 submitted by student participants in the symposium. Two of the winners were submitted by Kindai University students.
Amano used dynamics modeling for theoretical calculations to conduct detailed analysis of the mechanism behind nucleon transfer reactions for nuclei in the heavy elements range. He undertook calculations for angular distribution and mass distribution of two nuclei, which originated from the incident nucleus and target nucleus during the reaction. He then compared these with experimental values to derive the correlation for the coefficient of friction of the tangential direction and of the moment of inertia resulting from the collisions.

Shota Amano, Kindai University
The origin of correlation between mass and angle in quasi-fission

Mizuki Okubayashi, Kindai University
The fission fragments of neutron-rich nuclei by the Langevin method toward application to r-process calculations 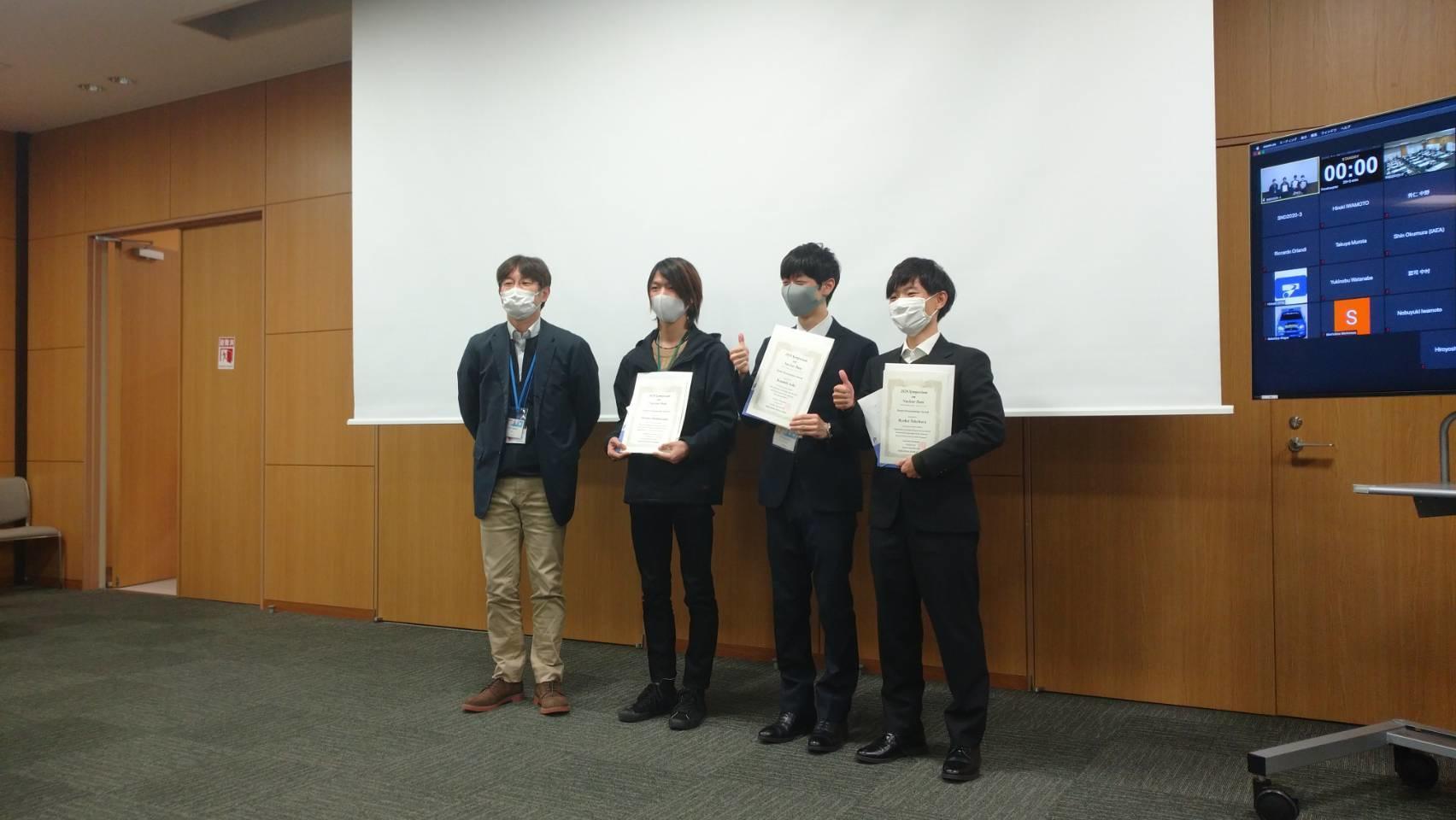 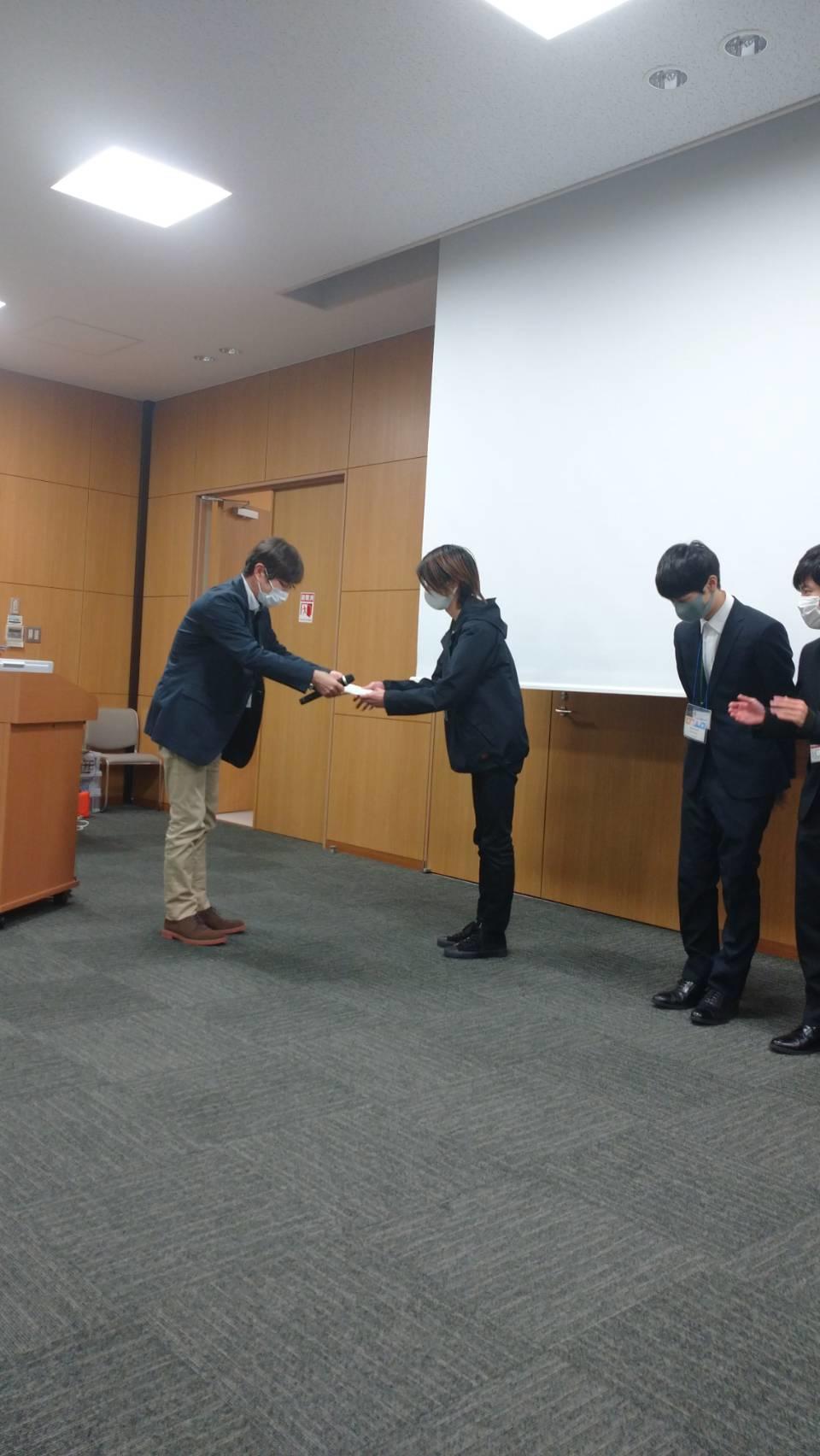 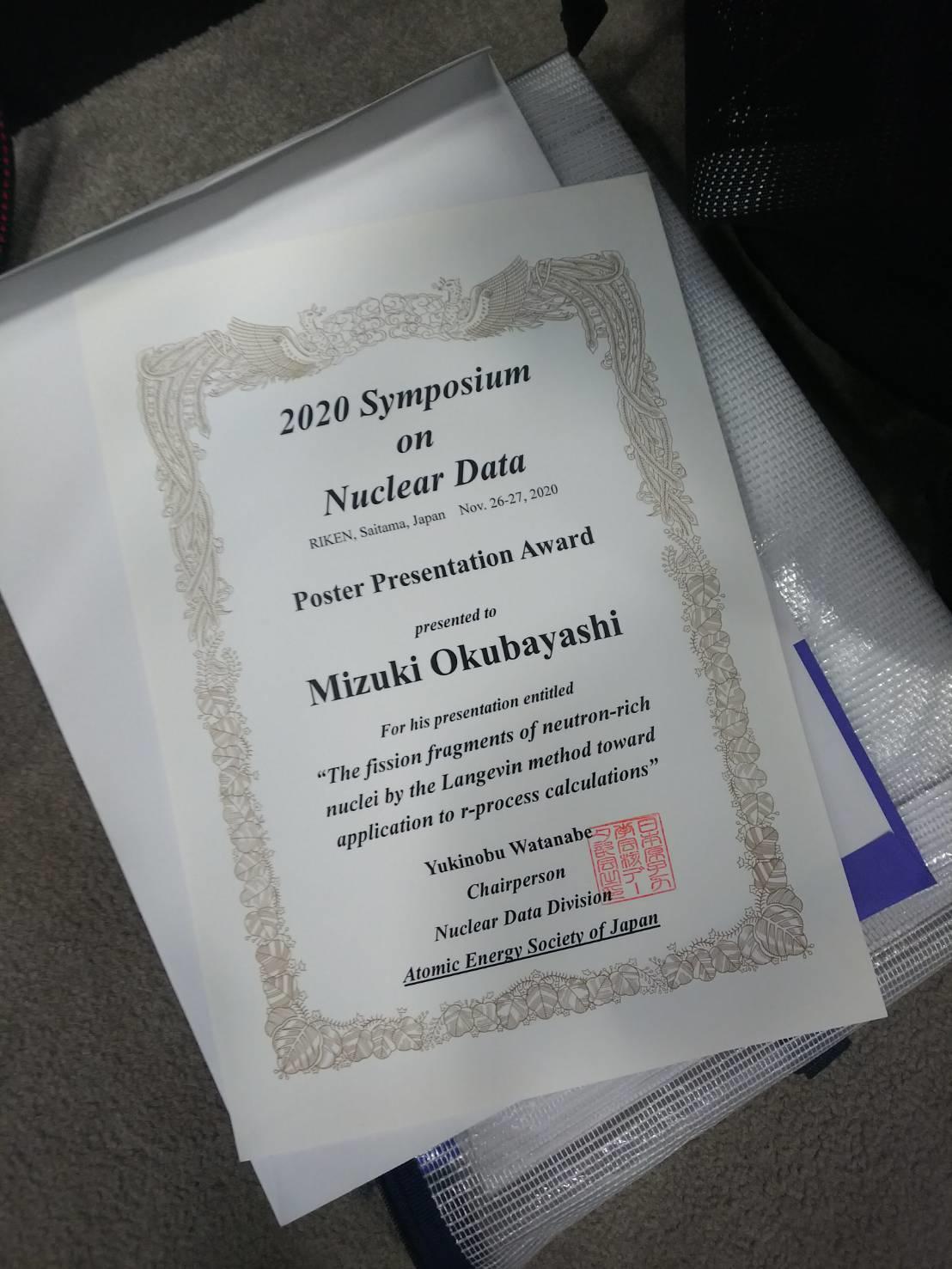 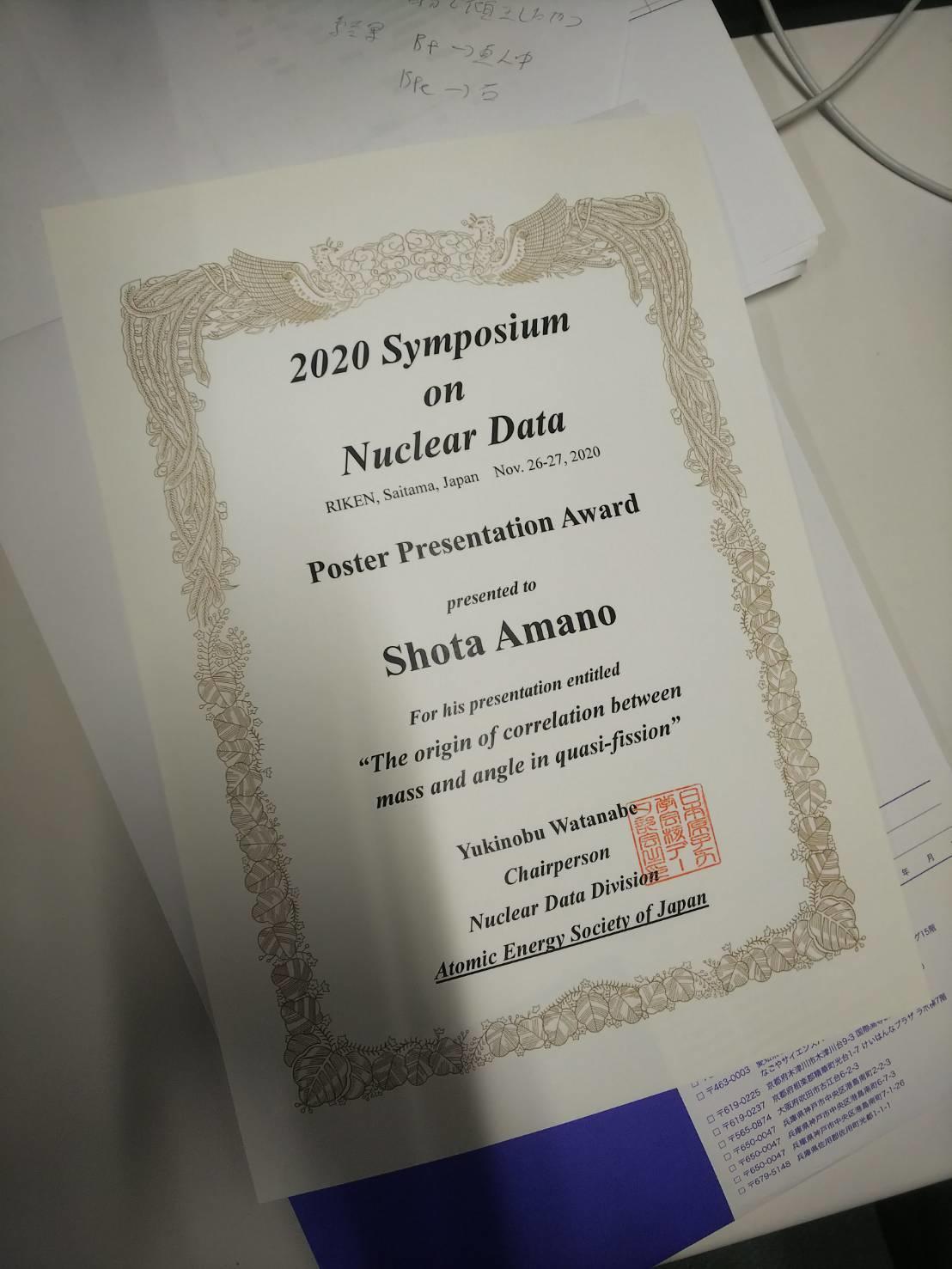